To go away and come back a changed man

Artem Lyskov: «When an actor gets to play different parts – that is amazing! Once you are seen in one role it's very hard to get rid of that image later. I decided not to stall, I dropped everything and left Russia. There was a risk of being forgotten. It was a bold move but a conscious one. And, as it turned out, it was worth it.» 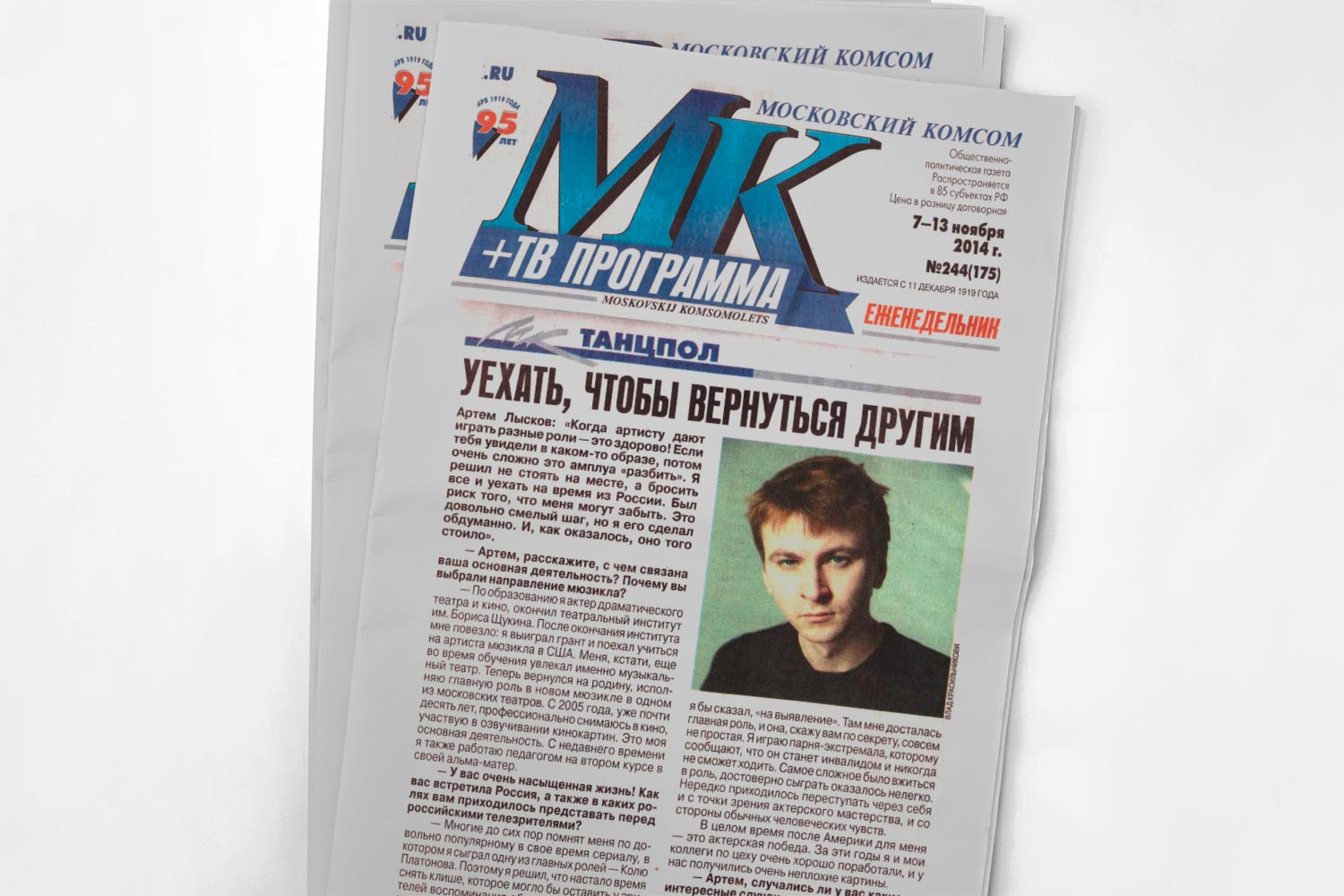 - Artem, tell us, what is your primary job? Why did you choose to do musical theatre?

- I graduated the Boris Shchukin University as a theatre and film actor. I got lucky after graduation: I won a grant and went to study in the USA. I’ve been interested in musical theatre ever since I was a student. Now I’ve come back home and I’m playing the main character in a musical in one of the Moscow theatres. I’ve been professionally acting in movies and doing voice acting since 2005, it’s been almost 10 years now. This is my primary activity. I’ve also recently started working as a second year teacher in my alma mater.

- Your life is so saturated! How did Russia greet you and what roles did you play on Russian TV?

- A lot of people still remember me for a role in a TV-show that was popular at the time where I played one of the main characters, Kolya Platonov. That’s why I decided it was time to get rid of the cliché that could’ve made the audience remember me as a schoolboy. Today you can see me in various different roles. On screen I am a more mature, well-formed actor. After I came back to Russia I got very good parts I am not ashamed of. When I look at them I don’t want to forget them.

I took part in several serious projects. Some of them have already aired, the rest will soon be on TV. One of the parts was playing my first negative character and it was a big event for me. Also the country will soon see another widescale film project and the audience will get the chance to see me in a role that I would call “revealing”. I got the main part there and, I’ll tell you a secret, it’s not an easy one. I play an extreme sportsman who is told he’ll become disabled and will never walk again. The hardest thing was getting used to the role, it was difficult to play it authentically. I often had to overstep myself in terms of acting and human feelings.

All in all, the period after coming back from America was the time of my victory as an actor. During these years my workshop colleagues and me did a very good job and produced good films as a result.

- Artem, were there any interesting behind-the-scenes incidents?

- Tricky situations are not rare in our profession. Some of them even happen right on the stage. For example, Maxim Leonidov gave his role of general accountant to Alexei Kortnev once and was constantly urging him on not to forget the lyrics. Some time later Maxim returned to this role and started forgetting the lyrics himself. He was singing some jabberwocky during his performance. Alexei was sitting in the audience having a good laugh. It is quite rare for the author to forget his own lyrics. After the show we all had a laugh and we keep remembering that incident these days. Especially when we correct each other. 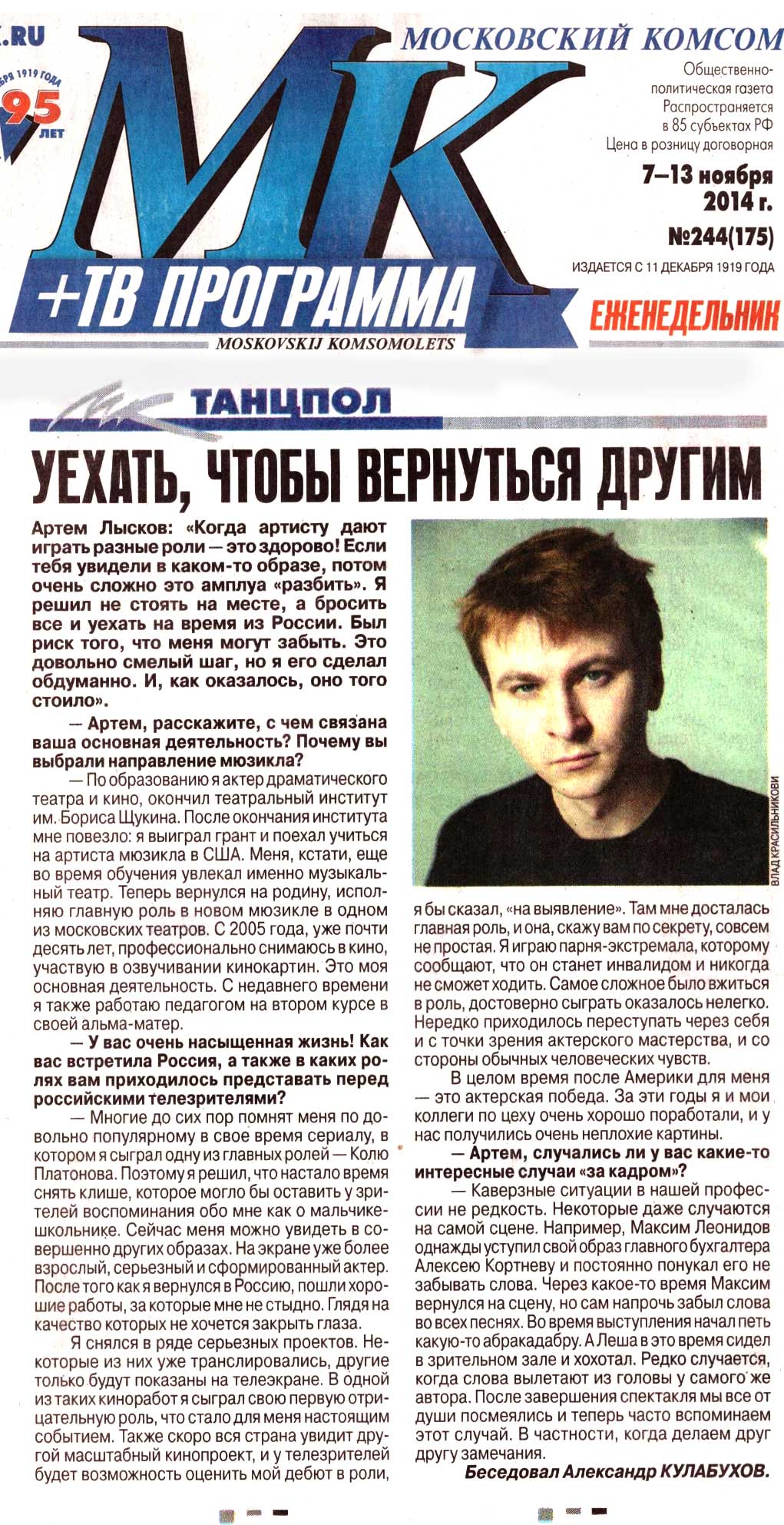