Artem Lyskov is a renowned performing artist, musical theater actor, director, producer and acting teacher, who has achieved sustained national and international acclaim as a result of his invaluable contributions to the arts.

Mr. Lyskov has performed in front of sold out audiences at the most prestigious musical theater in Russia, Moscow Theater of Musicals, over numerous seasons, as well as on major TV networks, to the delight of millions of viewers. 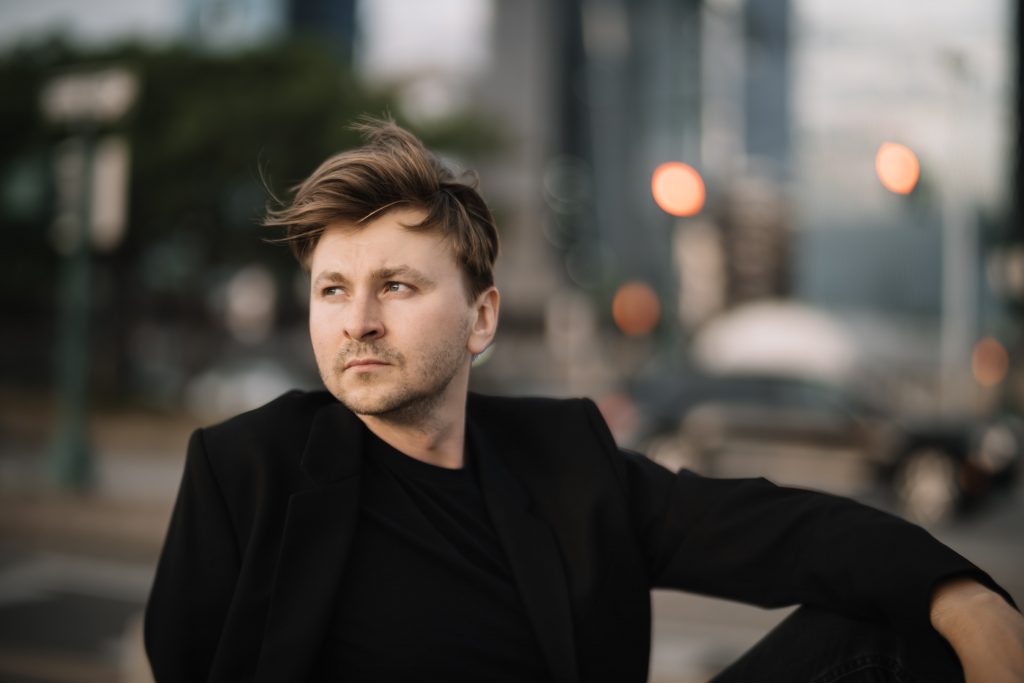 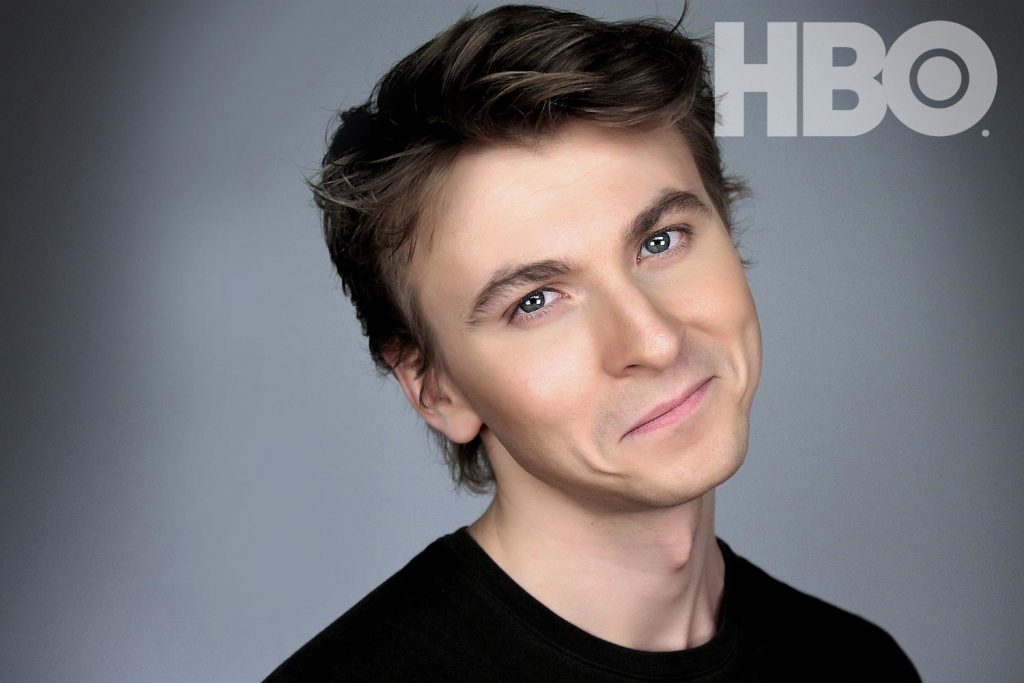 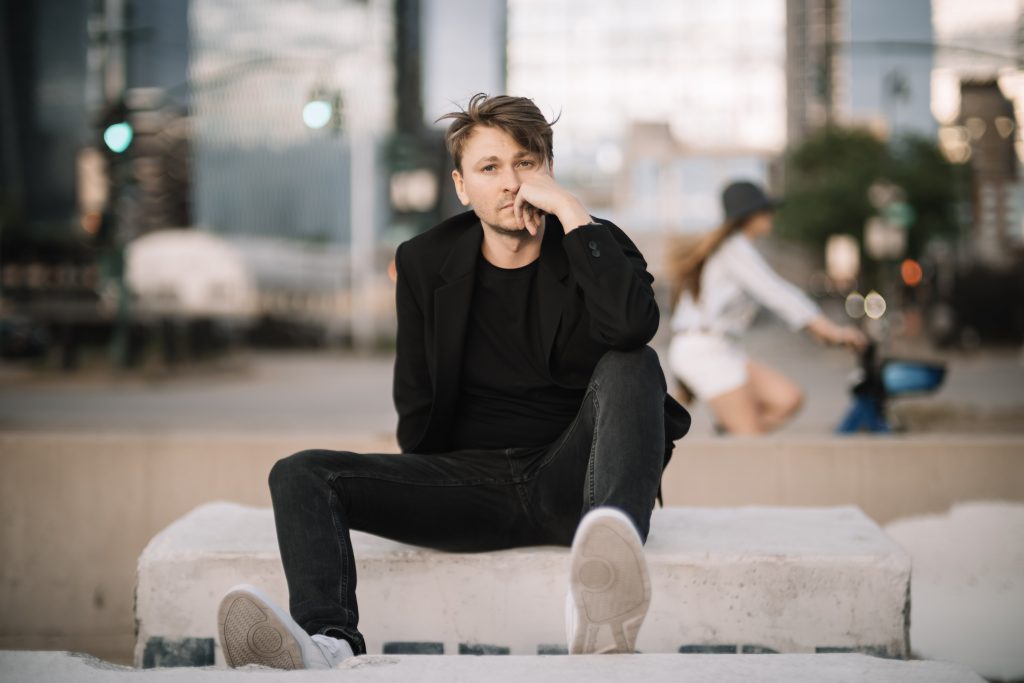 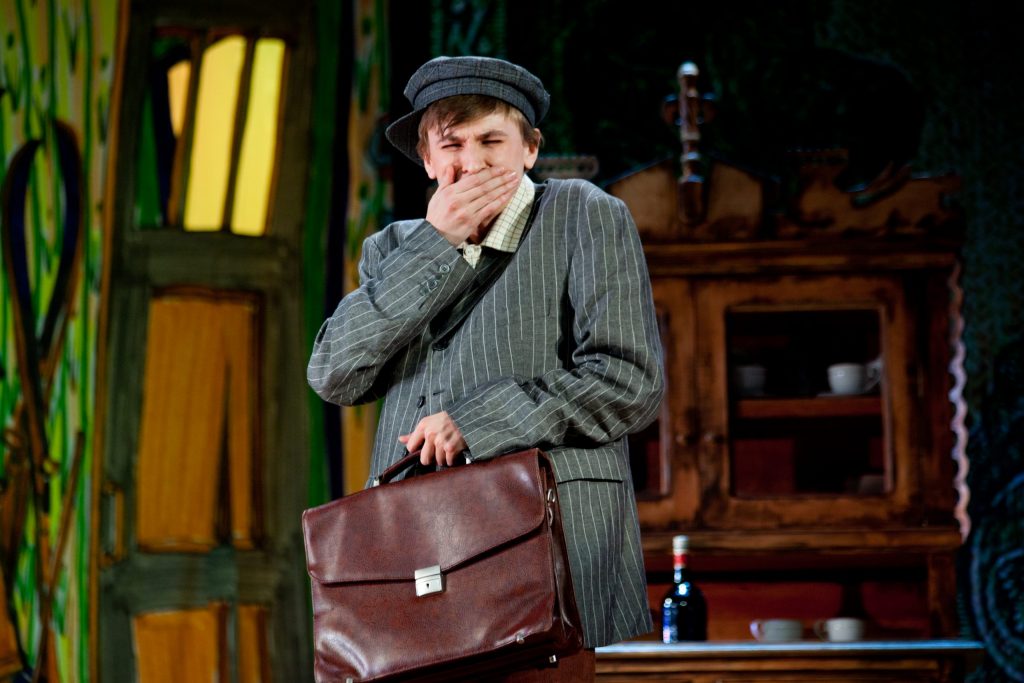 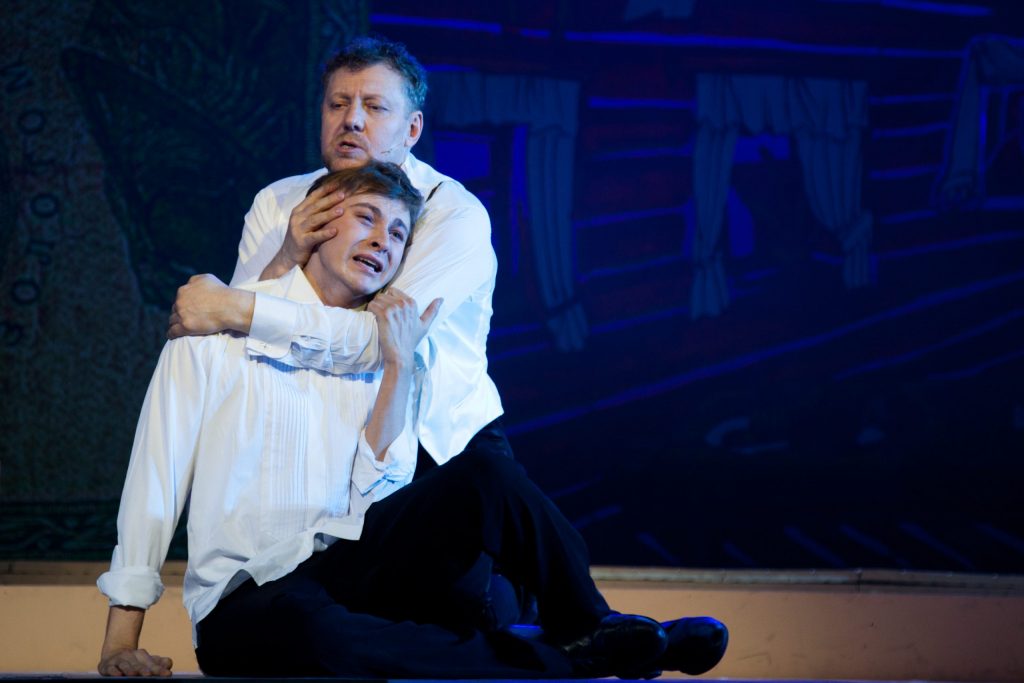 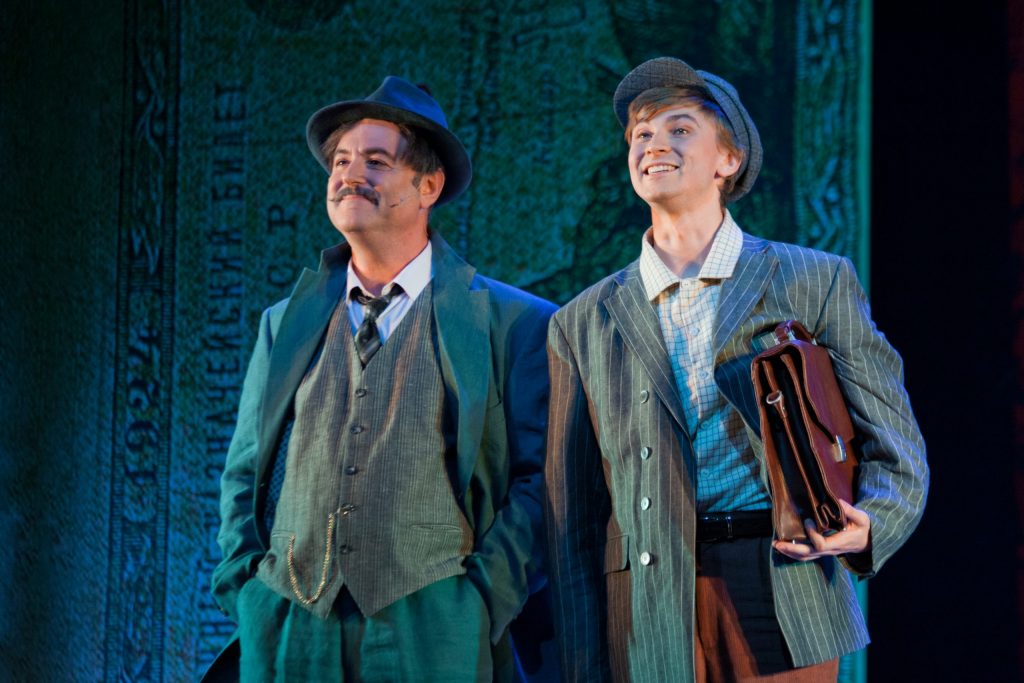 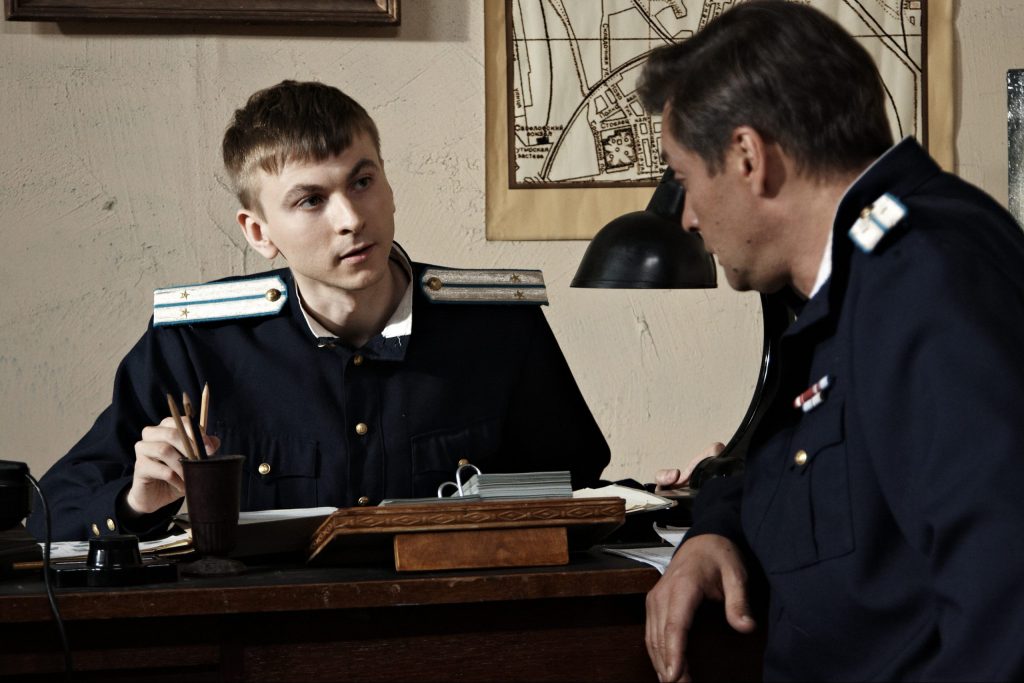 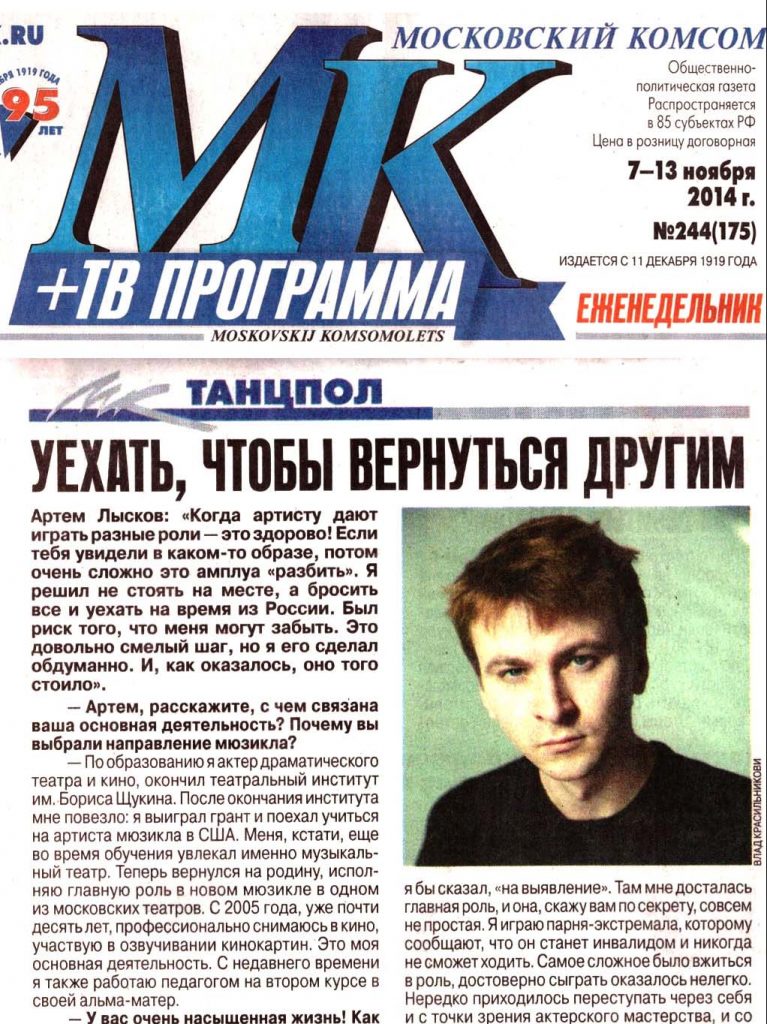 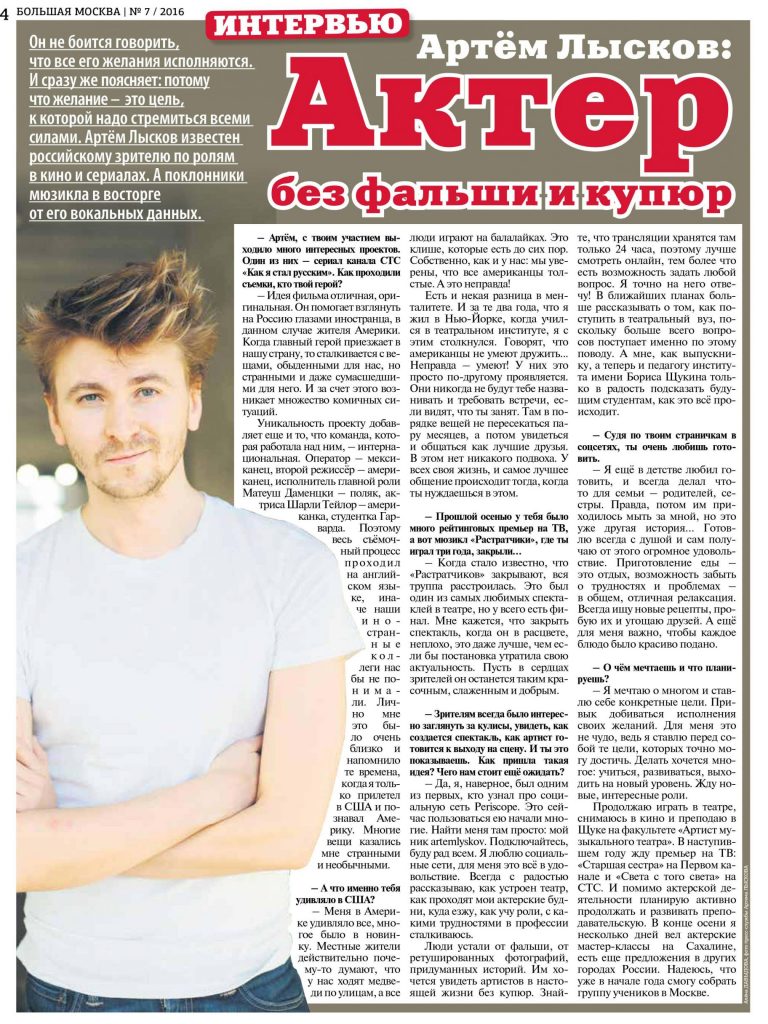 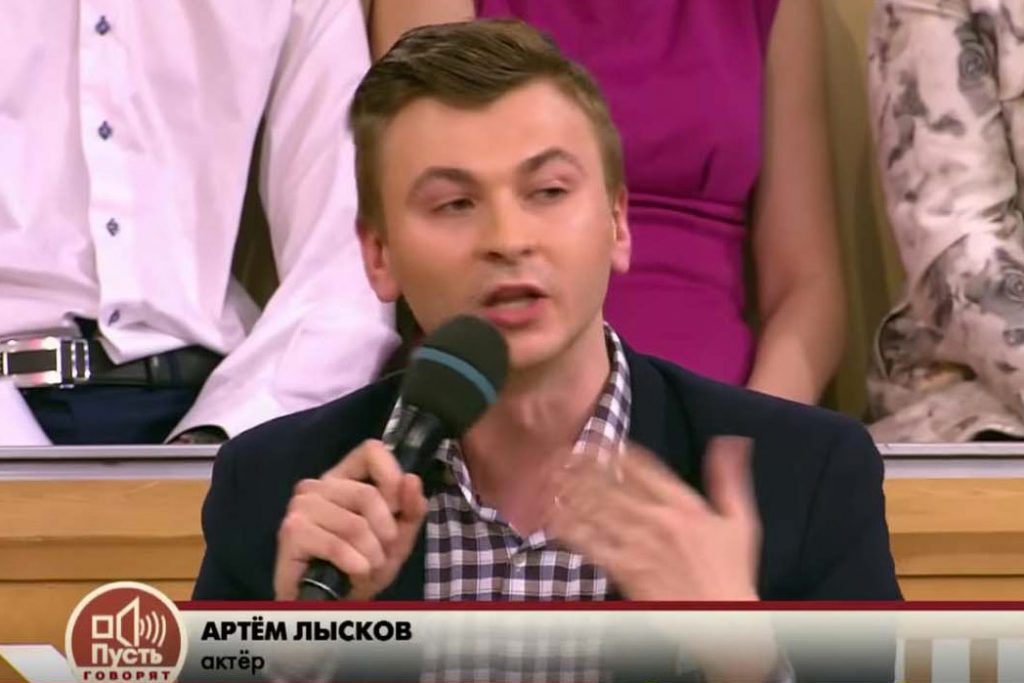 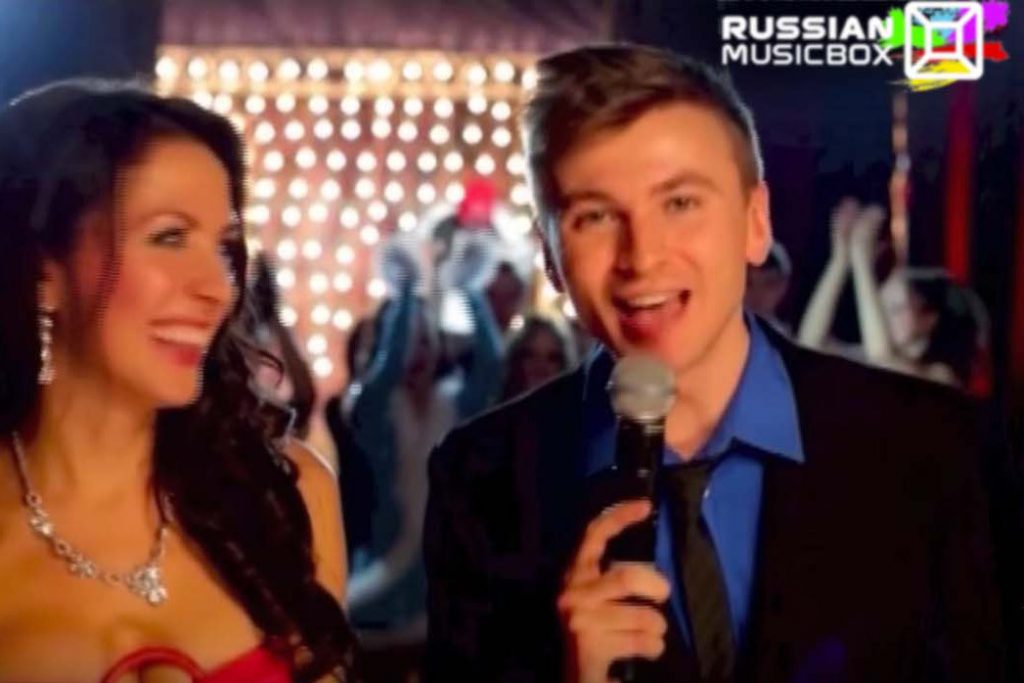 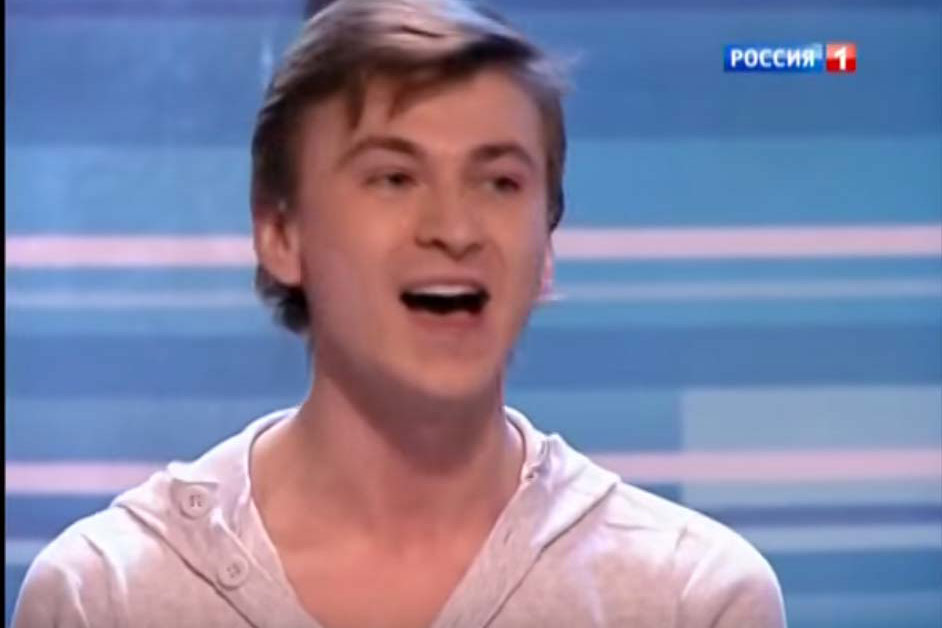 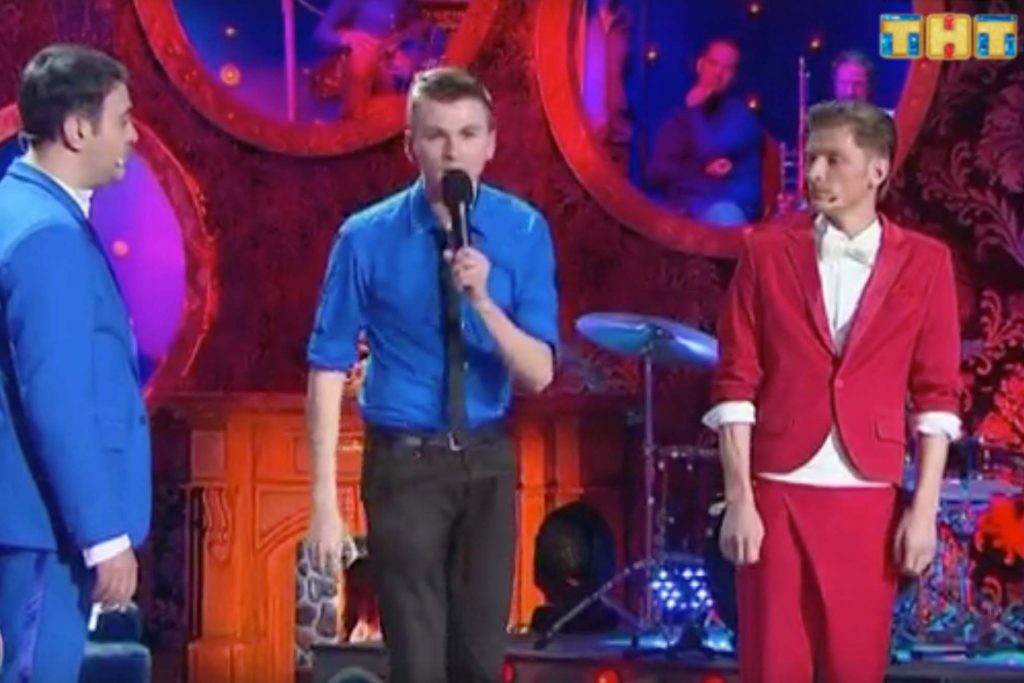 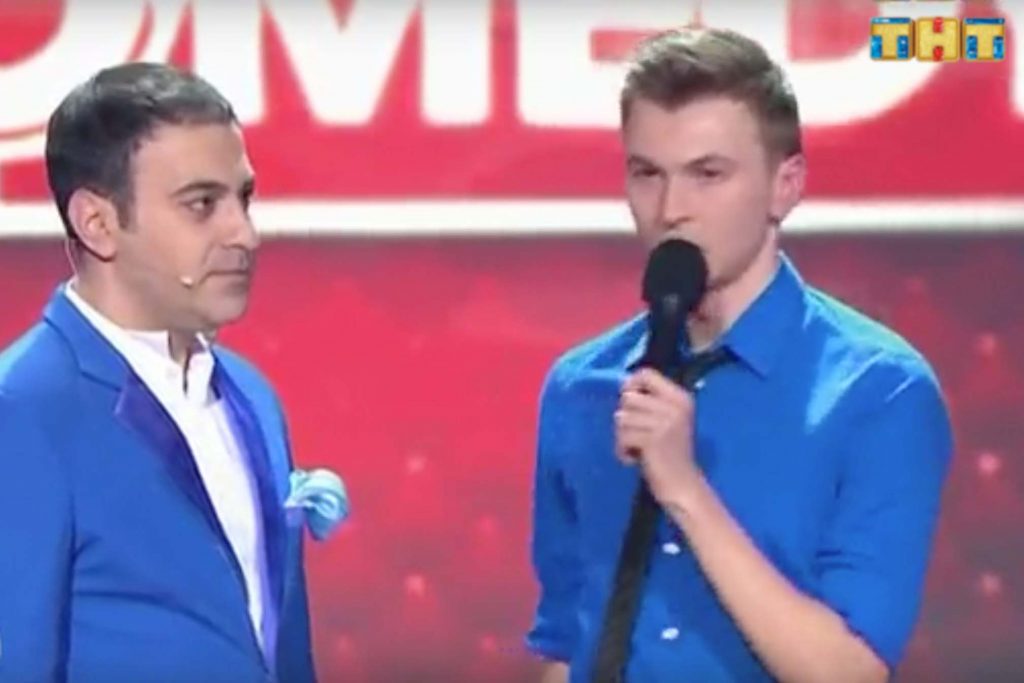 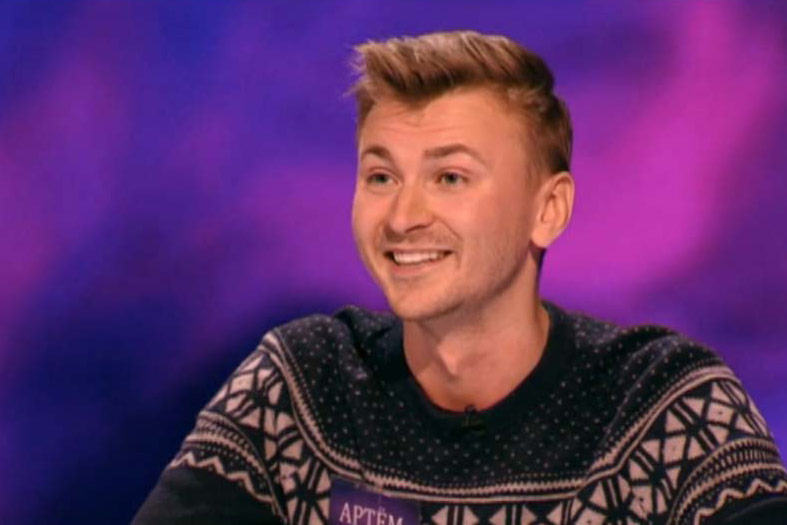 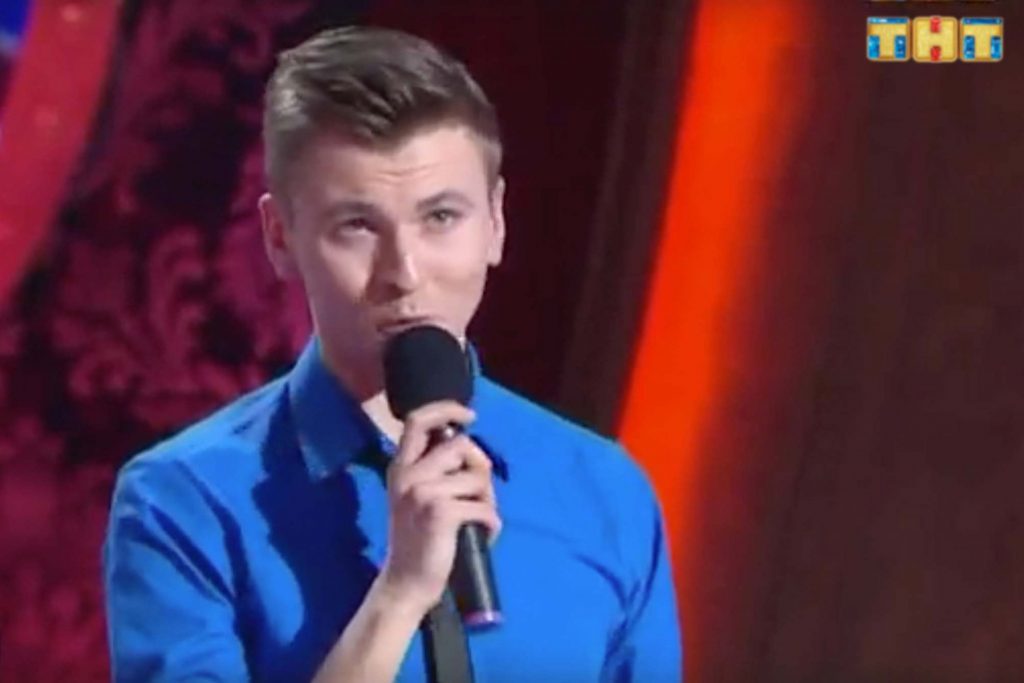 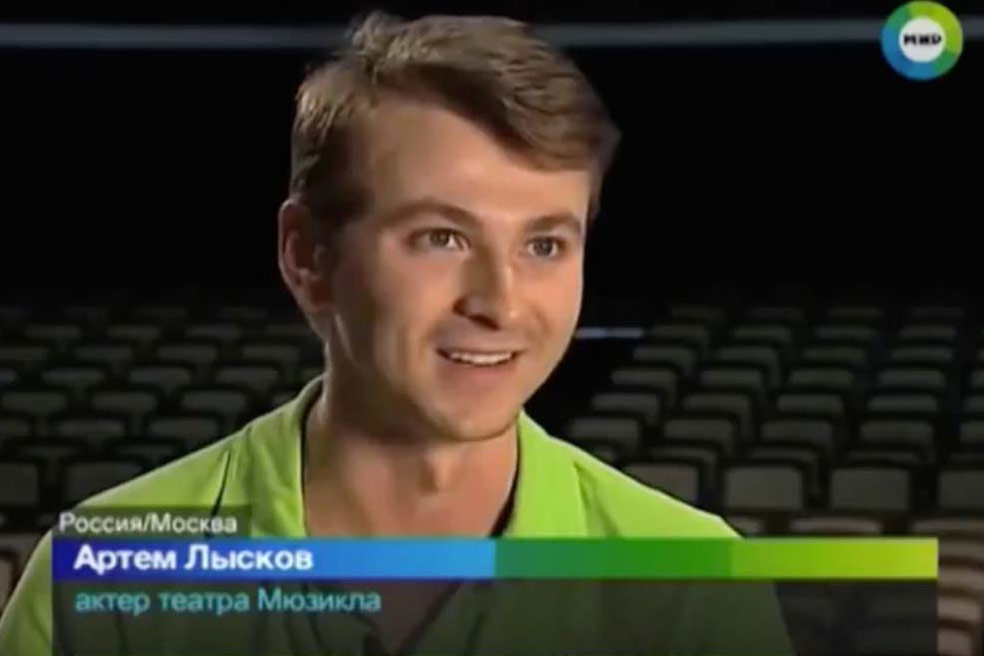 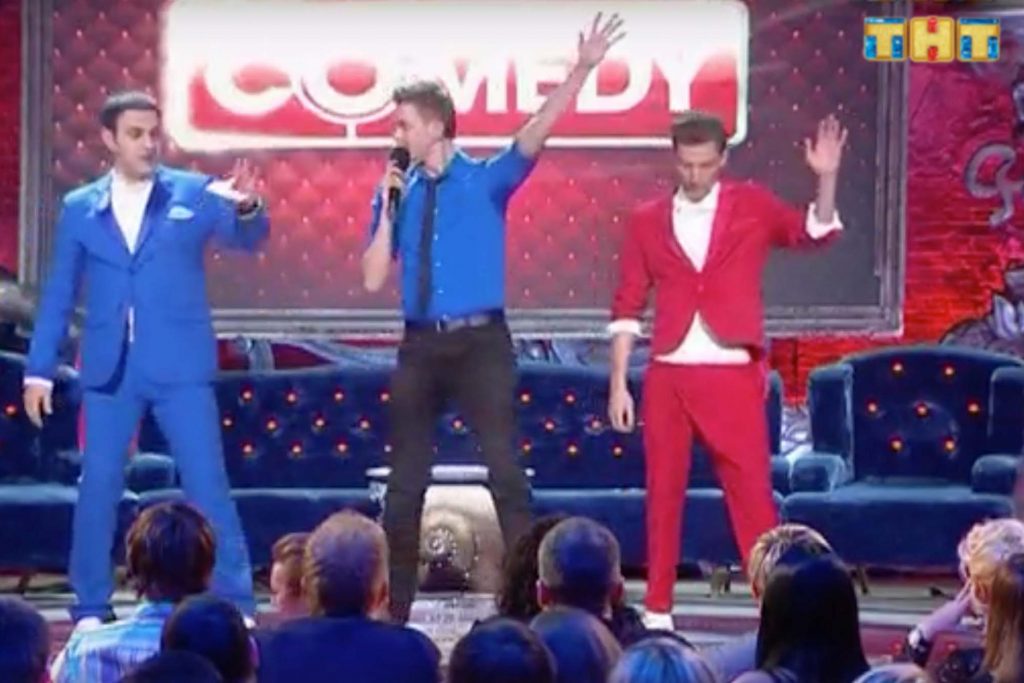 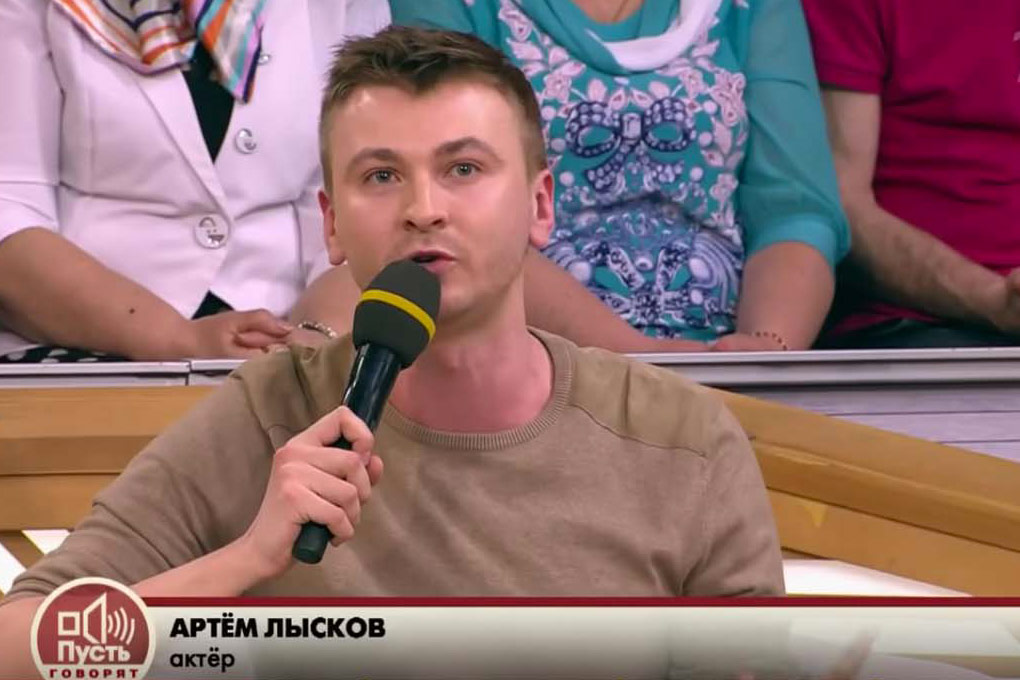 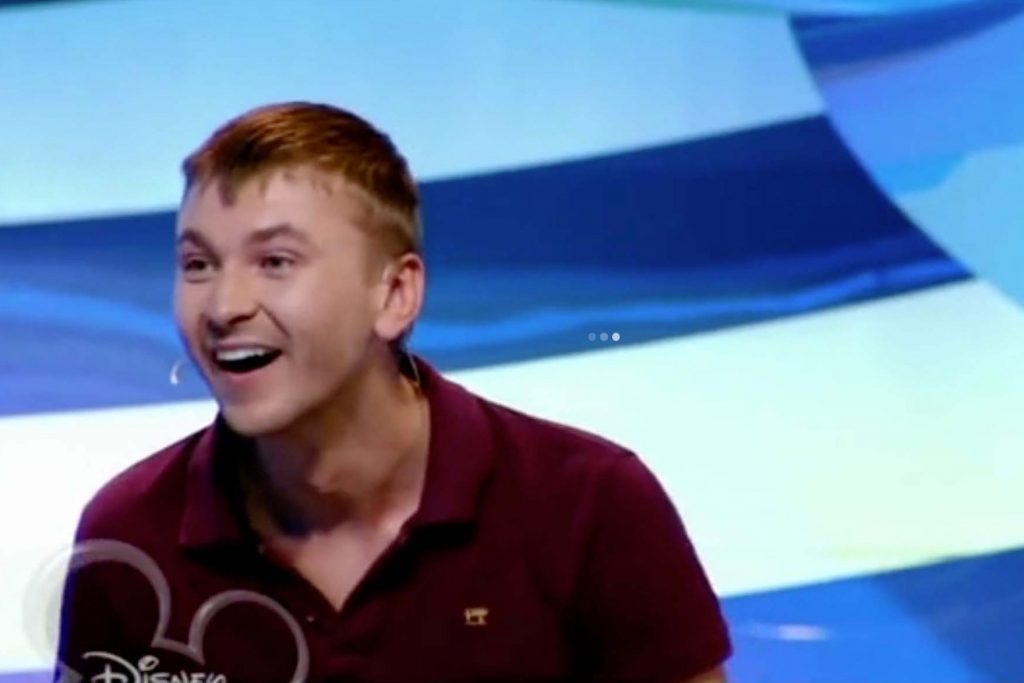 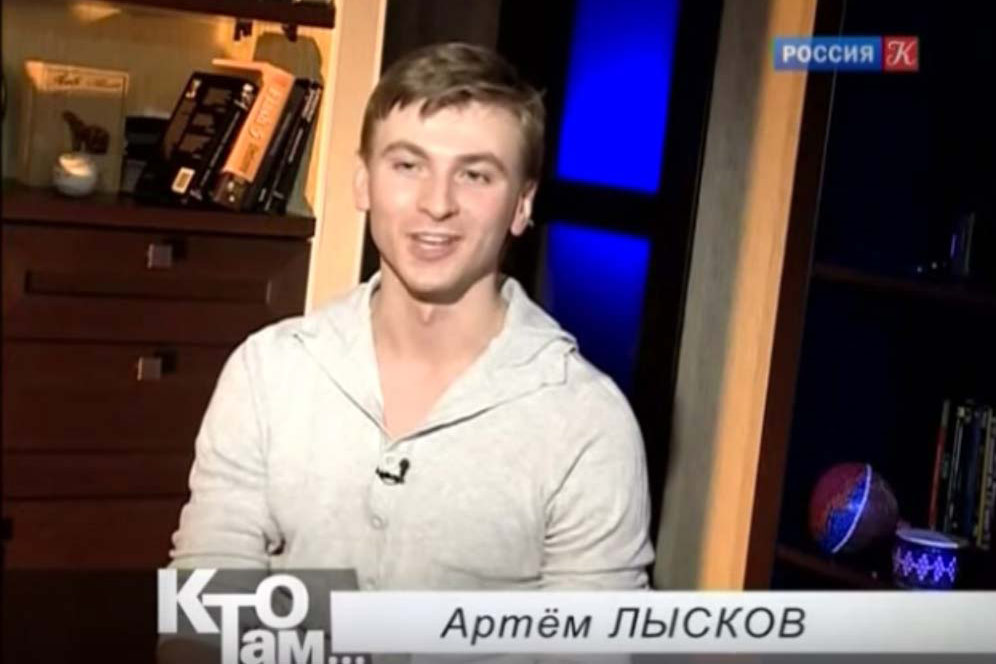 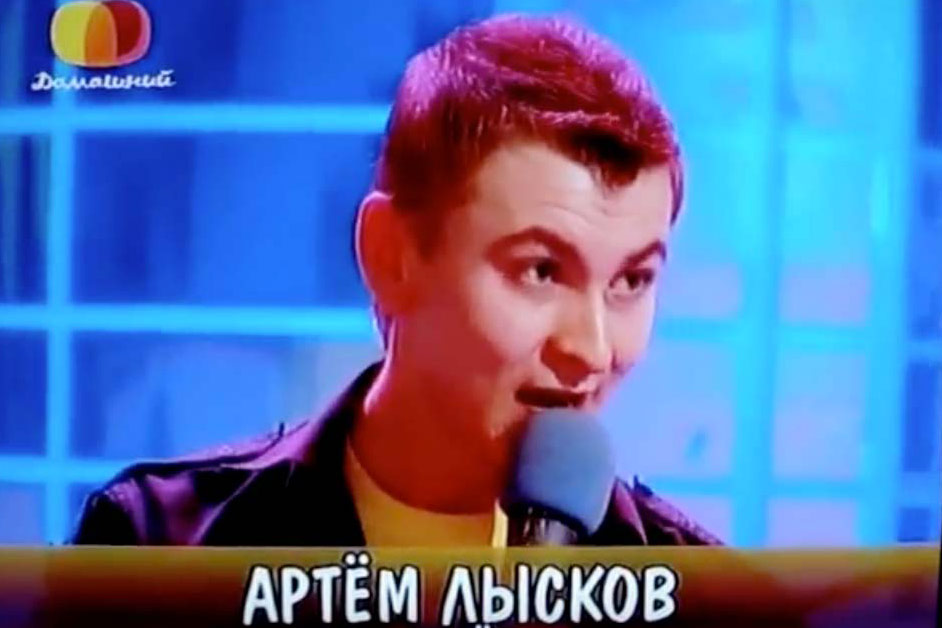 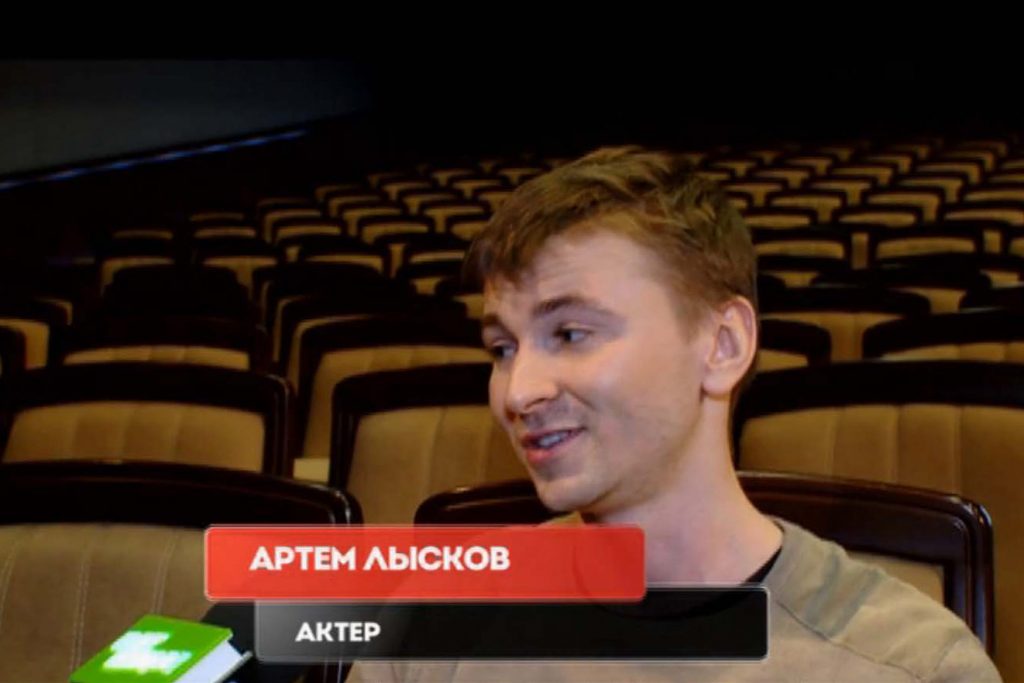 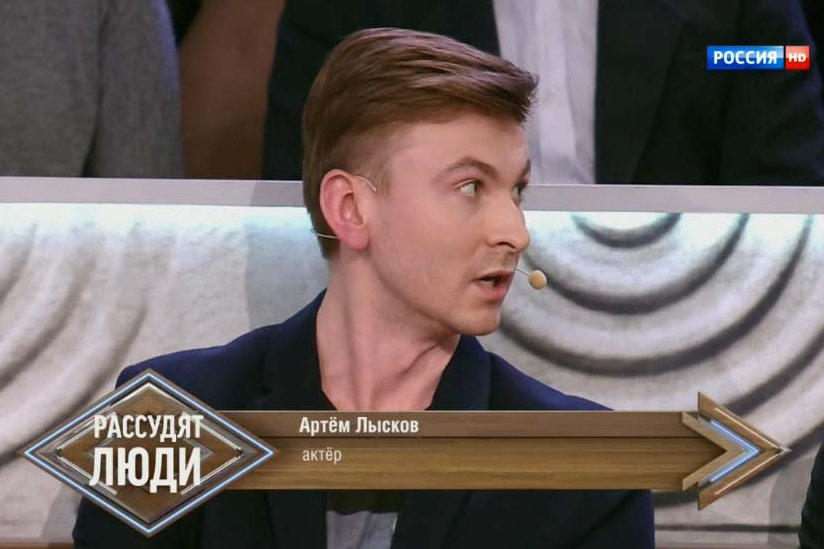 Additionally, Mr. Lyskov has been integral to establishing “musical theater” as a genre in Russia through his countless performances and media appearances, as well as the routine news, media and trade recognition that he and his work receive. He not only stars in musical theater performances at Moscow Theater of Musicals and other distinguished performing arts venues, but he has also been integral to the musical theater program at Boris Shchukin Theatre Institute (part of the renowned Vakhtangov Theatre), which is the most prestigious performing arts and theater academy in Russia. As Teacher of Boris Shchukin Theatre Institute’s Department of Acting for the Drama, Theatre and Film program, Mr. Lyskov teaches acting and musical theatre to more than 130 students, further shaping the future of musical theater in Russian culture.

Further, Mr. Lyskov is frequently interviewed in the news and media about what it takes to succeed in musical theater, as well as the future of the genre in Russia.

As a leading performing artist, Mr. Lyskov has been invited as a judge of the work of others in his field. For instance, Mr. Lyskov was a judge for MusicBox Network’s prominent reality entertainment competition, Miss Fashion Russia (2016), which is sponsored by L’Officiel (an internationally renowned art, fashion and entertainment magazine). As an internationally acclaimed performing artist, he was invited to judge the stage presence and acting skills of the contestants of Miss Fashion Russia.

In addition, Mr. Lyskov has been invited as Judge for the “We Are the Future of Russia Competition,” organized by Sakhalin State University, where he evaluated competitors based on their acting and stage performance abilities, based on his expertise in the field.

Mr. Lyskov enjoys widespread support from the theater, television and performing arts industry’s most prominent members, in light of his widespread recognition, record of achievement and invaluable contributions to the field. Peers and experts acknowledge Mr. Lyskov’s expertise as a leading performing and musical theater artist, and the industries most distinguished members endorse this.

In short, the totality of the evidence establishes that Artem Lyskov is one of the small percentage performing artist and musical theater actors who has risen to the top of his field.

Back to the TOP