Famous American musical songs can be heard in the center of Moscow. 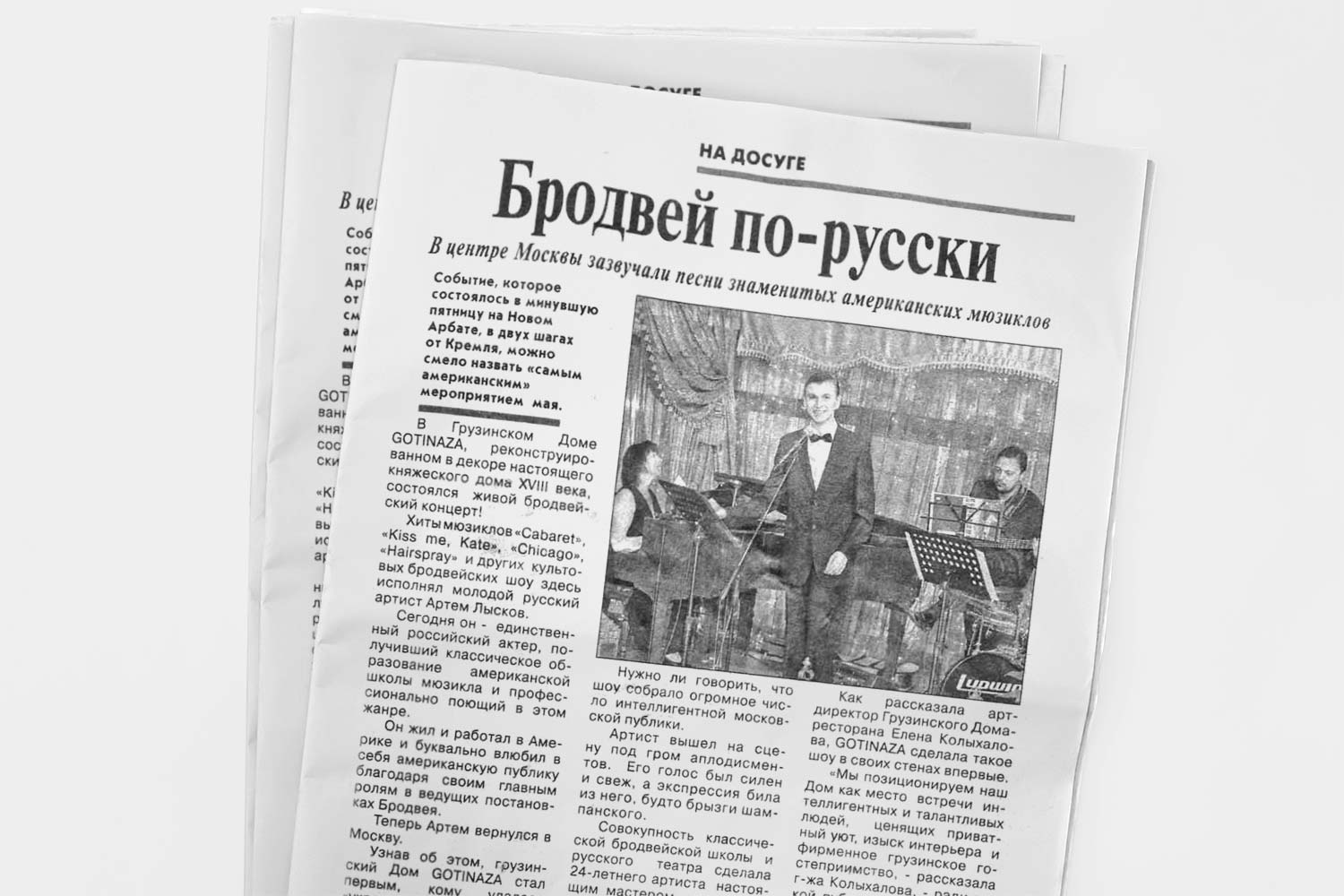 The event that took place last Friday on New Arbat, a few minutes away from the Kremlin, can definitely be called “the most American” event this May.

A live Broadway concert was held in the Georgian House GOTINAZA renovated in the style of a true princeley building!

Today, he is the only Russian actor with a classical American musical theatre education who sings professionally in this genre. He lived and worked in America and made the American audience fall in love with him thanks to his leading parts in the most famous Broadway shows.

Now Artem is back in Moscow.

When the Georgian House found out about this, it was the first one to “steal” the young virtuoso for one evening.

Needless to say, a big audience of Moscow intellectuals attended the event.

The actor appeared on the stage accompanied by thunderous applause. His voice was strong and sweet, his expression was bubbling like splashes of champagne.

The mix of the classical Broadway school and the Russian theatre made the 24-year-old actor a true master who managed to charm even the most demanding spectators in only one hour.

As the art director of the Georgian House and Restaurant, Elena Kolykhalova, told us, it was the first time GOTINAZA was holding such a show.

“We see our House as a meeting place for intelligent and talented people who appreciate private comfort, a refined interior and a brand Georgian hospitality, - said Mrs. Kolykhalova, - we are keeping high standards of our entertainment program we are actively developing right now for this kind of audience.”

The first project was more than successful.

“The Russian Broadway” has turned into an elegant dish of delicate material that was being savored luxuriously for a long time that evening.

If things continue in the same vein, the Georgian House hiding in Merzlyakovskiy Lane has got all the chances of becoming a real leisure center where a good man will not be determined by nationality, but by his ability to be civilized and appreciate beauty. So, as the great Freddie Mercury used to say, “show must go on”… 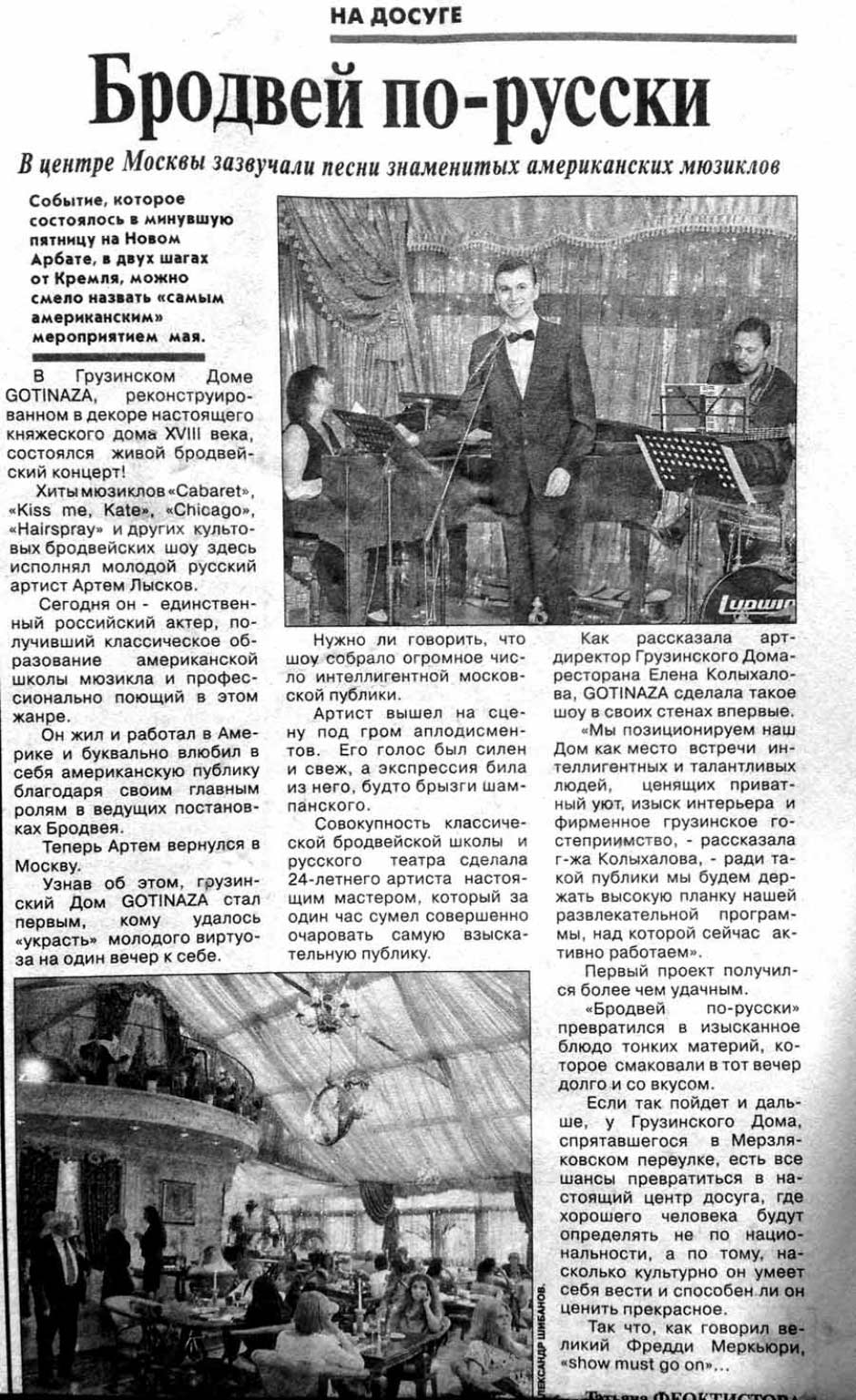